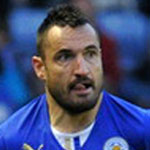 The Polish international signed for City in September 2013 after impressing manager Nigel Pearson on trial. Wasilewski was brought in to bolster Leicester’s defence and add more options as they aimed for promotion to the Premier League.

He arrived after a six-year stint in Belgium with Anderlecht and made almost 150 appearances for the Brussels-based club, amassing international appearances for his country along the way.

The full-back or centre back started his career with Hutnik Krakow and played for a number of other clubs in his homeland, including Lech Poznan, before moving abroad to enjoy his successful stint with Anderlecht.

The tough-tackler couldn't dislodge the successful pairing of Wes Morgan and Liam Moore in the centre of City's defence but acted as strong back-up whenever one was absent through injury or suspension.