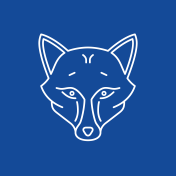 Leicester City could be upgraded Adidas ‘B’ team

By Fox in the North, 26 October 2020 in Leicester City Forum