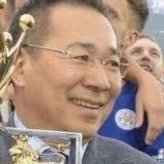 When everyone is fit...