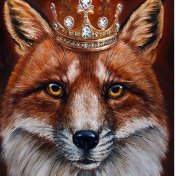 Will we finish in the Top 4

By King of Gipsy Lane, 31 January in Leicester City Forum