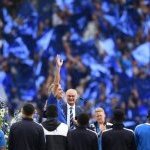 The state of the game