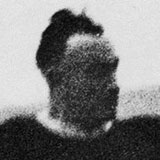 London-born Chandler is remembered as City's greatest-ever striker and his goals tally is set to be unrivalled for some time. The lethal forward scored 259 league goals in 393 appearances for the Foxes, whilst also adding another 14 goals in 26 appearances in the FA Cup.

His goalscoring feat was simply phenomenal and it started in the summer of 1923 when Leicester signed the striker from Queens Park Rangers, where he was mostly a support player. Peter Hodge was the manager who brought him north to Leicestershire and it proved one of, if not the, best signings in the club's history.

He showed his abilities straight away by scoring five goals in two pre-season friendlies but couldn't find the back of the net in his debut against Hull City in August of that first season. Still, it didn't take long before the goals started flowing and his important to the team was highlighted by him going on to play in 118 matches on the spin following his debut against the Tigers.

Interestingly, his goals record didn't include any from the penalty spot - Chandler only took two penalties during his time at the club and they were both saved, but he did score a wide variety of goals, with his head, foot and both short and long distance.

Chandler soon started to smash and equal club records at an impressive rate, equalling the club's goalscoring record in a season in 1925 before going on to beat it twice thereafter. He also equalled the number of goals scored in a game when he hit six in a 10-0 thrashing of Portsmouth. His tally of 17 hat-tricks is also a club record.

Unbelievably, Chandler didn't get international honours with England. When the England scouts did come to watch him play he scored twice, but suffered a serious injury which kept him out of action and thus England selection at the time. He did feature for a Football League side, however, when they took on the Scottish League and also took part in an FA squad that toured South Africa, scoring at a rate of over two goals per game.

The goal-getter played longer than most and is still the oldest player ever to play for City and score for them. His career didn't end in Leicestershire, however, as Chandler had one last club in him with Notts County, where he moved to in June 1935. He added six goals to his career tally but returned to City on the coaching staff just a year later, managing the Colts team and having various other roles on the backroom staff.