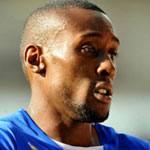 The second cousin of fellow professional footballer Bruce Dyer, Lloyd arrived at City after starting his career with West Brom before moving on to Millwall and MK Dons. He was Nigel Pearson's second signing in the summer of 2008 on a free transfer, penning a three-year deal. He made his debut against his former club, the Dons, on the opening day of the same season - a season which was to see City become champions.

He featured regularly in the two seasons that followed, playing over 30 games in all competitions in each campaign, and signed a new four-year deal in 2010. Despite this, Sheffield Wednesday were interested in signing the winger in the summer of 2011 but Dyer instead opted to remain a Fox, despite stiff competition for places at the Walkers Stadium.